All Things Bike And Beautiful

I actually ok, I am finding sparkling water and coffee ok substitutes for alcohol, but my extended dry January has me thinking about substitutes.

It start with seeing a display of Seedlip at Waitrose. Alcohol free gin, so botanicals and water. I haven't tried it, as 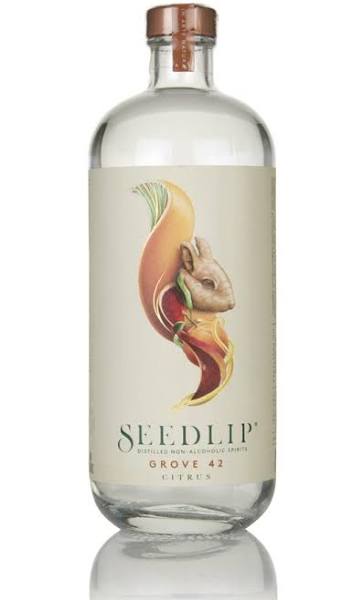 So I think I will keep ignoring alcohol free wines (aka grape juice), but I am intrigued by Nosecco, which at 2.99 is reasonably priced, and nicely packaged. I will pick up a bottle if I see it on the shelf.

Many years ago when Steins (German sausages and beer) first opened in Richmond, they didn't have a license, so sold alcohol free Weissbeer. This was really nice, so much so we were disappointed they stopped selling it when they got their licence. I don't remember the brand, but it was German. I will try a few and see if I can find one as nice as I remember.

Also I can't remember which spelling of licence is the noun, so use them interchangeably. Note it would have been quicker to google it than type this, so I guess that tells you something about me.
1 x
Top

I will also look out for Brew Dog's delightfully named and reasonably priced Nanny State.

Just about the only acceptable substitute I've ever found has been Weissbier. Erdinger is pretty palatable. I did try Nanny State and thought it was pretty mediocre (like most of Brewdog's offerings, to be honest). Elsewhere I suggested it as a mixer for gin in place of tonic water, with which it shares an overwhelming bitterness. Elsewhere's resident beerhead did report that it kind-hearted of worked.

When I finally get around to the period of drinking less that I know must come I am resigned to sparkling water and herbal tea.
1 x
Top

Joan wrote: ↑
1 year ago
It start with seeing a display of Seedlip at Waitrose. Alcohol free gin, so botanicals and water.

'Botanicals and water', what a take-on. And where does the decapitated squirrel come into it? That label design is seriously creepy.
0 x
Top

From the Seedlip FAQ:
"Seedlip’s price is based on three things:

The cost of sourcing the highest quality ingredients from our farmers around the world.
The time, effort, equipment & expertise it takes to make a bottle of Seedlip.
The use, licences & associated tax & legal requirements of using neutral grain spirit within the initial distillation process."

That third point is curious. It implies that they distil using alcohol in a reasonably conventional way, and then distil the alcohol out - which would suggest that the cost of the drink includes at least some excise duty. I haven't tried it yet, but if it's any good I'd expect one of the big booze brands either to buy them out or to produce knock-off cheapo versions - or both.
0 x
Top

If you can overlook the fact that it's 45% ABV, a single drop of Angostura bitters in a pint glass of fizzy water is good.
Beers: St Peters is my favourite, I also quite like Weissbeer. But note that even in my drinking days I was never into all that epicurean connoisseur "notes of floor polish" stuff.

TT for umpteen years. Wouldn't dream of touching the stuff again. Someone gave me an alcoholic drink in a (genuine) mix up a couple of years ago. It tasted how I'd imagine cat piss and petrol to taste. I had to spit it out. The Angostura doesn't have that effect.
3 x
Top

Yes, bitters does not count as alcohol in this context. I think you'd use less than 1ml (1/5 of a teaspoon) per litre, so that makes it 0.045%, which is alcohol free in law. Lemon, lime and bitters (7-up type lemonade, Schweppes-type lime cordial and Angostura bitters) is the go-to alcohol free drink in Aussie pubs. I've long stopped asking for it in UK pubs, as they never seem to have the bitters. Thanks for the reminder.

Seriously, now they are taking the piss.

NOgroni £12 for 200ml on a supermarket shelf, "serves 2" doesn't even include the rocks and an orange peel garnish, and you even need to provide the glass yourself.
Made the Sipsmith & tonic in a can for £3 seem even more of a bargain, and you can even consume it from the can at your socially distance picnic. In fact decanting it would be weird.

Are you still avoiding alcohol then @@Joan
0 x
Top

it was on the shelf below the tonics and caught my eye. Then the price did.
0 x
Top
Post Reply
14 posts • Page 1 of 1

Return to “Food and Drink”